The Kilbourn Public Library Book Club is open to all adults interested in getting together for informal discussion on selected books. Each month a book is chosen and copies are available here at the library and on the bookmobile for interested readers.  The book club meets on the last Monday evening of the month at 5:30 p.m. and the last Wednesday afternoon of the month at 1:30 p.m. to discuss the featured book.  Currently we are meeting virtually on Zoom for engaging and enjoyable discussion. Everyone is welcome.

For the month of February the Kilbourn Public Library will be discussing Chris Cleave's novel Everyone Brave is Forgiven. This is a love story set during the height of World War II in London and the island of Malta from 1939 to 1942. Based on the love letters of the author's grandparents, the story follows a young woman named Mary who is made a teacher by the British War Office. She encounters Allistair, who has enilsted in the Army because of his friend. The two fall in love and are continually tested by the heat and violence of the war in ways they could not have possibly imagined. The Book Club will be discussing this novel on Monday, February 26 at 6:30 pm and Wednesday, February 28 at 1:30 pm. Join us for a lively discussion and treats. If you can't join us in person visit our book club blog at kplbookclub.blogspot.com. Each month KPL staff will post discussion topics and questions to spark conversation. Join us in the discussion by adding a post to our blog.

To kick off 2018 the Book Club will be reading and discussing Anna Quindlen's Miller's Valley. This is a novel about a small town on the verge of a big change. A woman unearths deep secrets about her family and unexpected truths about herself. Miller's Valley is a masterly study of family, memory loss, and ultimately, discovery. It is a story of finding your true identity and a new vision of home. It reminds us that the place where you grew up can disappear, and the people in it too, but all will live on in your heart forever. We will discuss this book two times this month at the library.
*Monday, January 29 at 6:30 pm
*Wednesday, January 31 at 1:30 pm
If you can't make the discussion here in person participate on our blog at kplbookclub.blogspot.com.

The Kilbourn Public Library Book Club is reading a selection of holiday books for the December get together. Each person is choosing any holiday book they would like to read and we will have a short discussion on the books. We will also be watching the movie Death Comes to Pemberley. This movie is adapted from P.D. James' clever whodunit and is an inventive continuation of Jane Austin's Pride and Prejudice. If you have never joined us for book club, this month would be a perfect time to come meet new people and enjoy book discussion, treats, a hot chocolate bar and a movie. Stop by the library or bookmobile and pick up a holiday book to read. Or just come and watch the movie with us. Everyone is welcome!
*Monday, December 18 at 6:30 pm
*Wednesday, December 20 at 1:30 pm

Hillbilly Elegy is the 2017-18 selection for Go Big Read, UW-Madison's common reading program. It is also the November book selection for the Kilbourn Public Library Book Discussion. Written by J.D. Vance, Hillbilly Elegy offers a broad look at the poor white working class in a small Appalachian town. The author draws upon his own life experiences to help paint a picture of a working class that has lost faith in upward social mobility. It is an illuminating memoir and work of social history that is sure tospur an engaging discussion. We will be discussing this book on Monday, November 27 at 6:30 p.m. and on Wednesday, November 29 at 1:30 p.m. Both discussions will be held at the library. Copies of the book are available at the library and on the bookmobile. Everyone is Welcome. If yo ucannot make it to the meeting in person you are welcome to participate in the online discussion at kplbookclub.blogspot. com. The University of Wisconsin-Madison's Go Big Read Program is designed to engage members of the campus community and beyond in an academically focused reading experience.

For the month of October the Kilbourn Public Library will be reading and discussing Moonglow by Michael Chabon. Moonglow is a story inspired by Chabon's conversations with his terminally ill grandfather in 1989. Readers will find themselves enthralled by this tale of war, adventure, love and desire. It also chronicals the American technological accomplishments of the mid-twentieth century and highlights the power of lies and secrets. From the Jewish slums of pre-war South Philadelphia to the invasion of Germany, from a Florida retirement village to the penal utiopia of New York's Wallkill prison, from the heyday of the space program to the twilight of the "American Century," the novel revisits an entire era through a single life and compresses this lifetime into a single week. According to Amazon.com, this book is a lie that tells the truth, a work of fictional nonfiction, an autobiography wrapped in a novel disguised as a memoir, Moonglow is Chabon at his most moving and inventive. This book will be discussed twice in October:
*Wednesday, October 25 at 1:30 p.m.
*Monday, October 30 at 6:30 p.m.
If you can't make it join in on the discussion on our blog at kplbookclub.blogspot.com 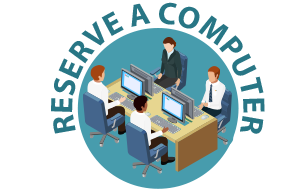